Hump Day has come and gone.
Another bright, sunny, warm day here on the Rock.
And – no wind for a change!
We ran 11 races today most of which were very rough and bumpy, pot-holed roads. All four of our cars took a beating. We had a left rear fender cover fall of the 2006 GP in the Port Rexdon race and disappear into the hands of a car parts collector!
We managed to split the skid plate on the new MINI GP, bottoming out very hard several times on it. Ron and Justin, Car #333 had to abandon one race leg to go to the aid of one competitor who lost control of his vehicle and tumbled it head over heels several times before coming to a stop in an 8-foot ditch. One broken thumb, a knee cap and a bruised ego. Later, the driver will be OK. His car, however, is a write-off.
John Jr. and Justin C. are still in the running for top spot in Modern Division. While John Sr. & Christina are battling it out for top spot in GT with two other very good DST ralliers. Our other two vehicles continue to have better and better times and are showing definite improvement in performance from yesterday.
The weather forecast for tomorrow is rain, rain, rain! Awe geez! Oh well, Friday is supposed to be good weather again, at least.
Our poor mechanics will be busy to the wee hours this evening, fixing broken and bent parts on all 4 vehicles.
All for now. 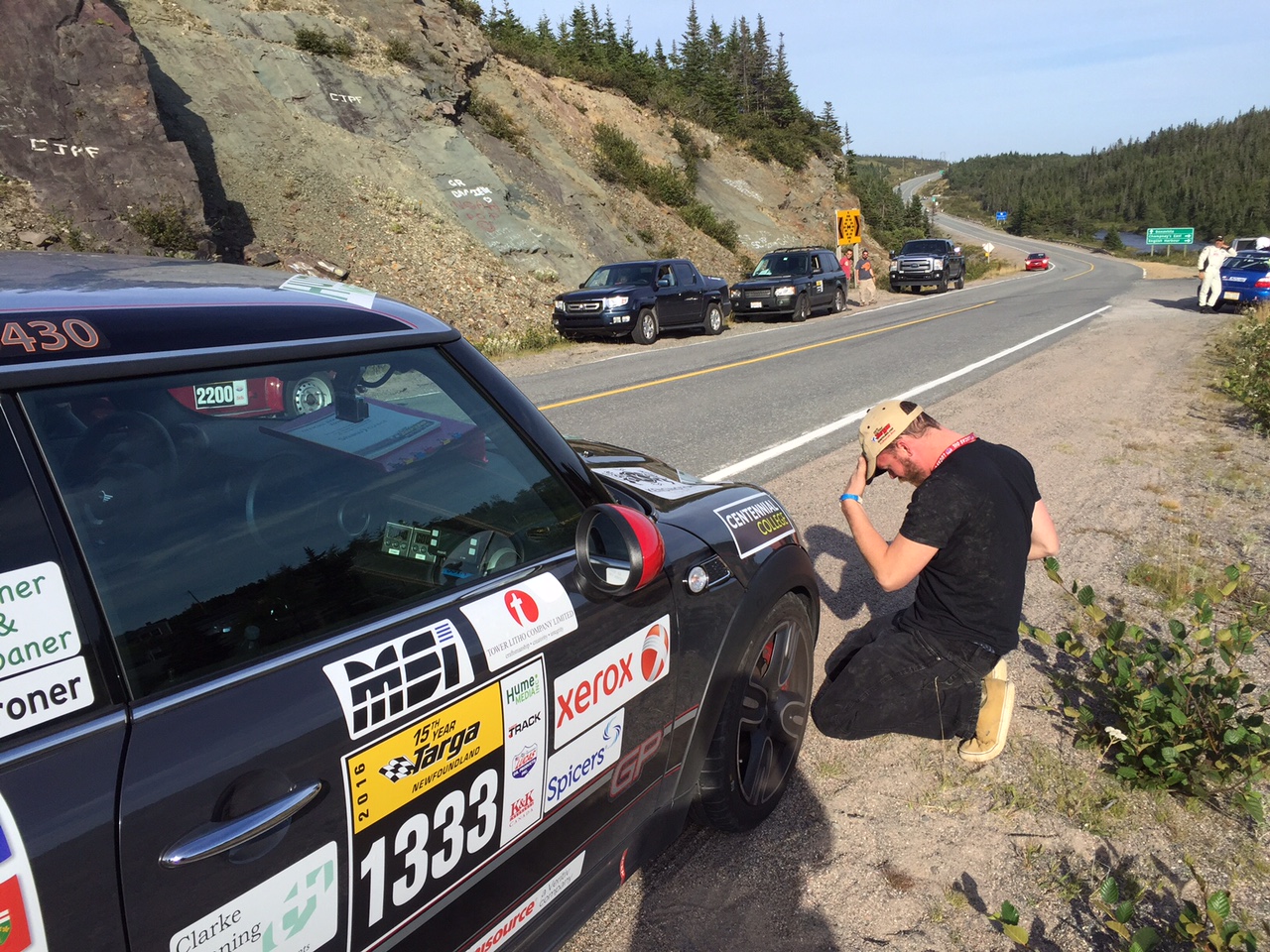 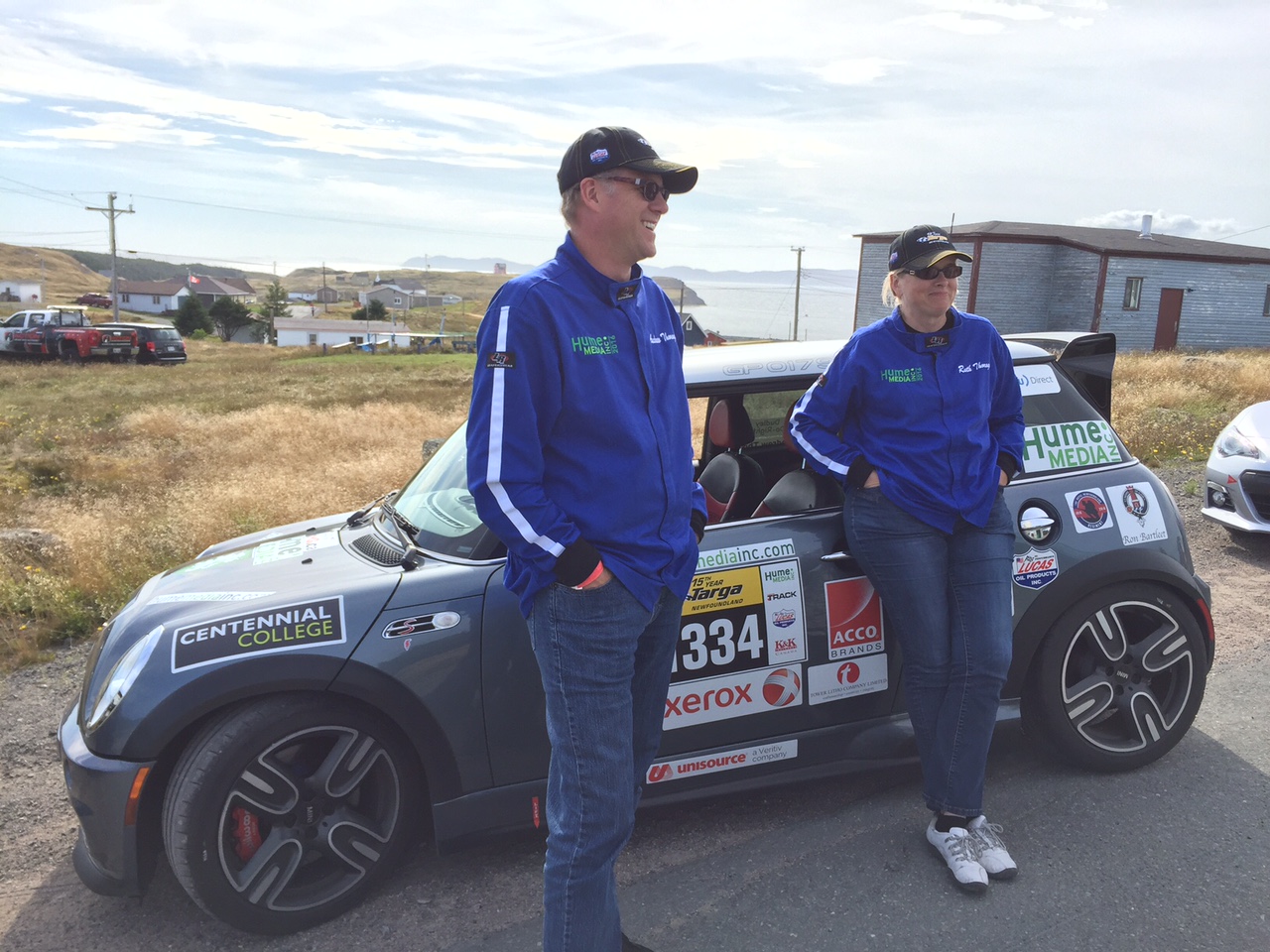 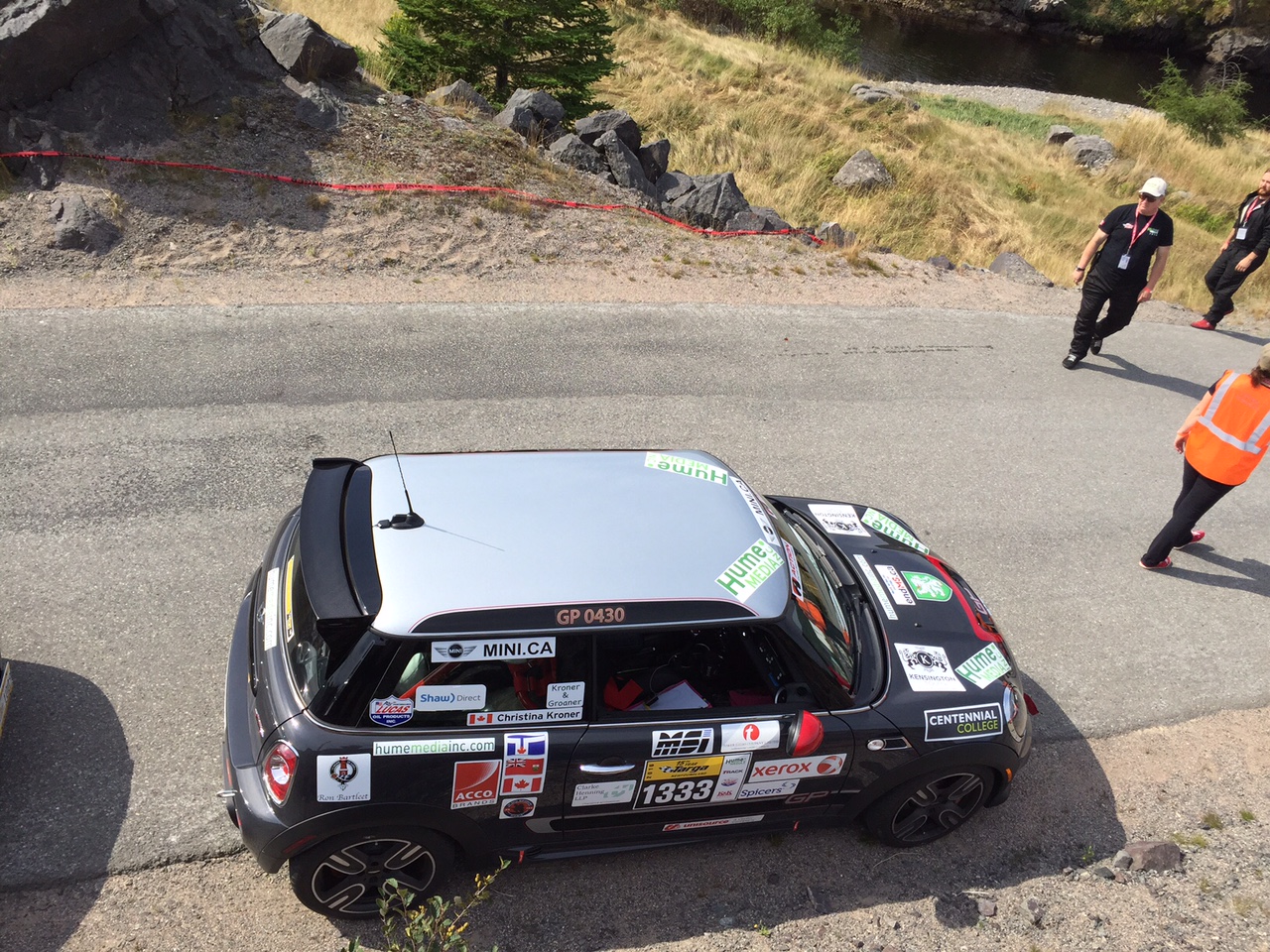 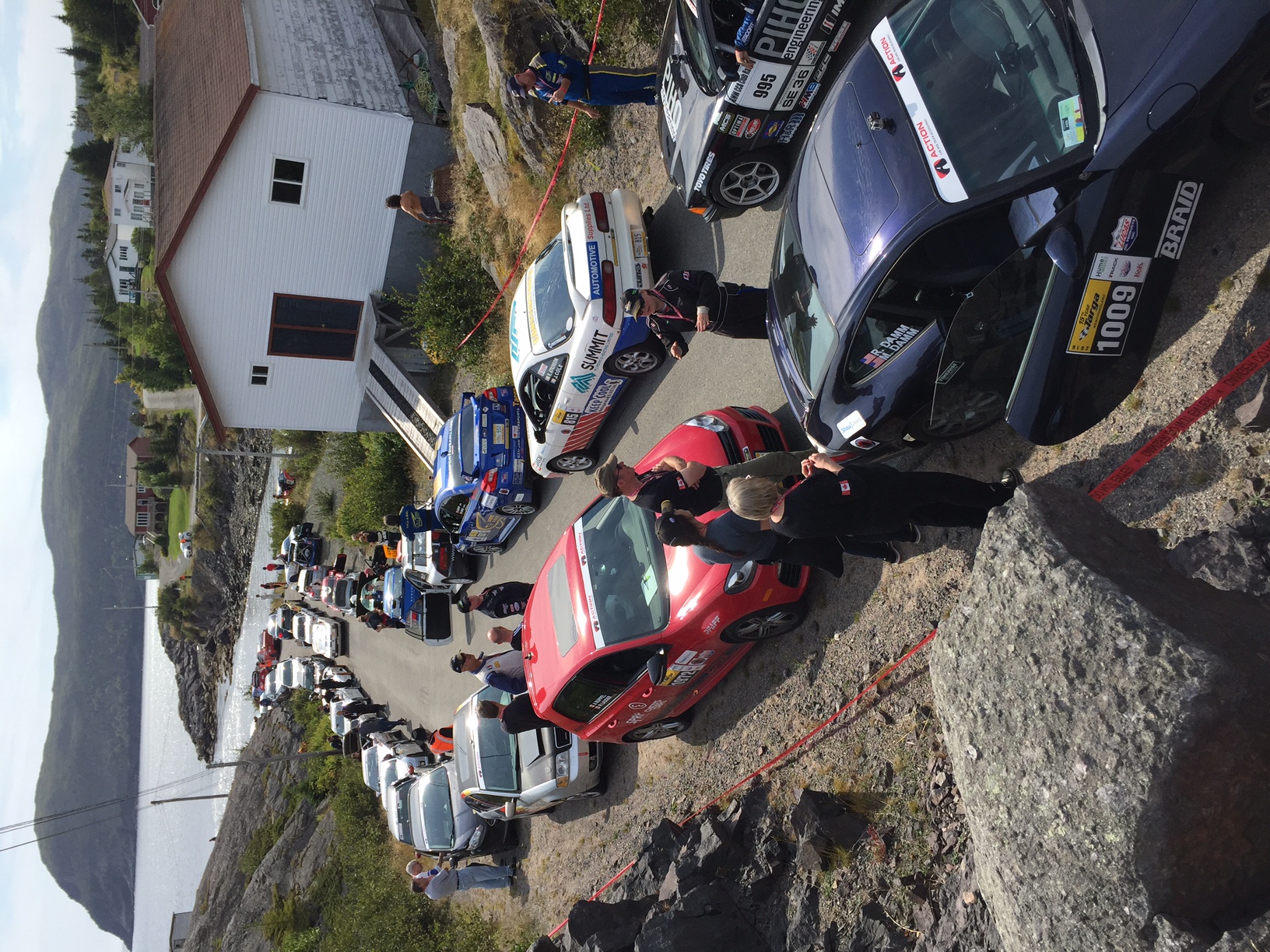 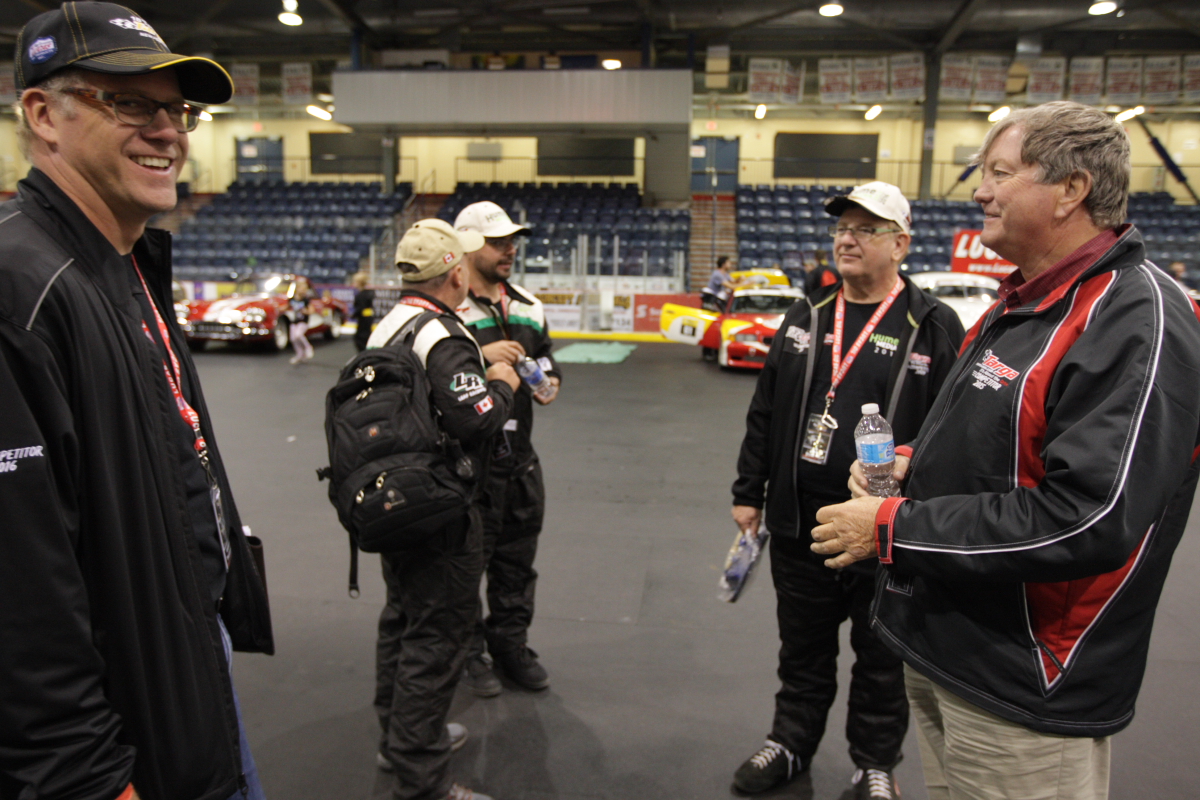 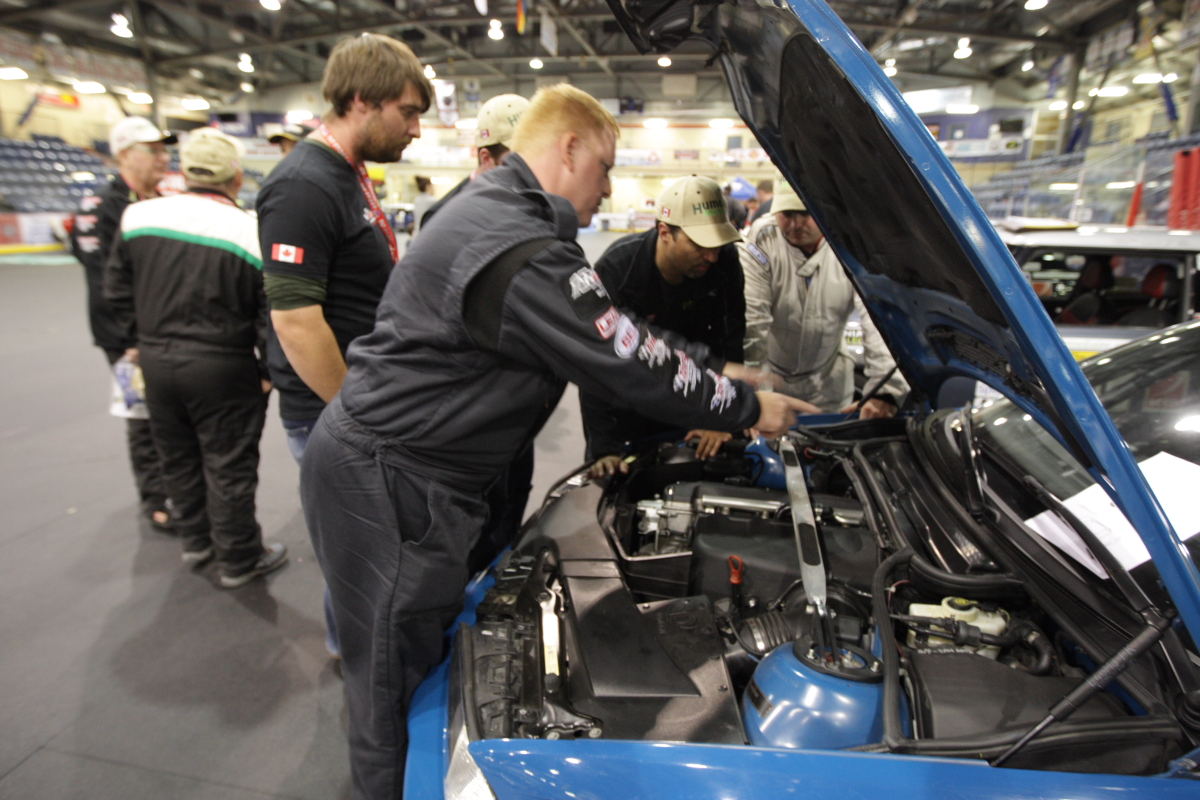 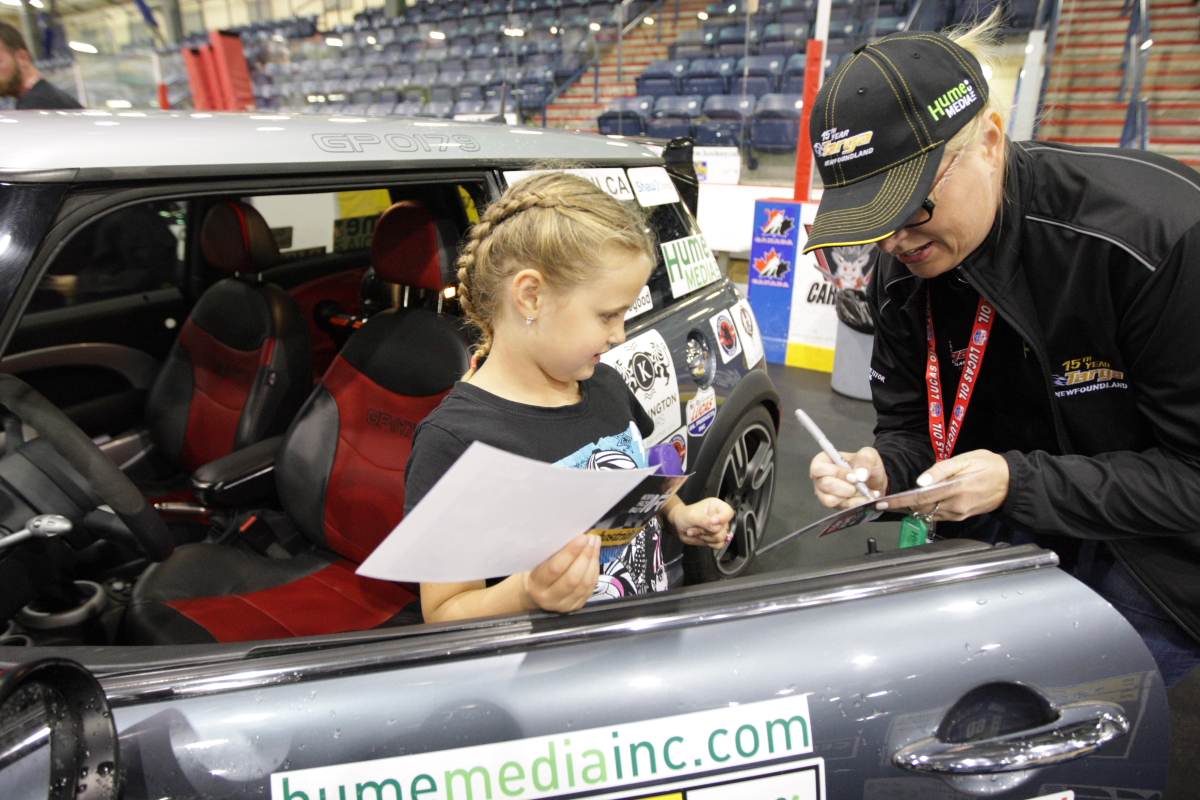 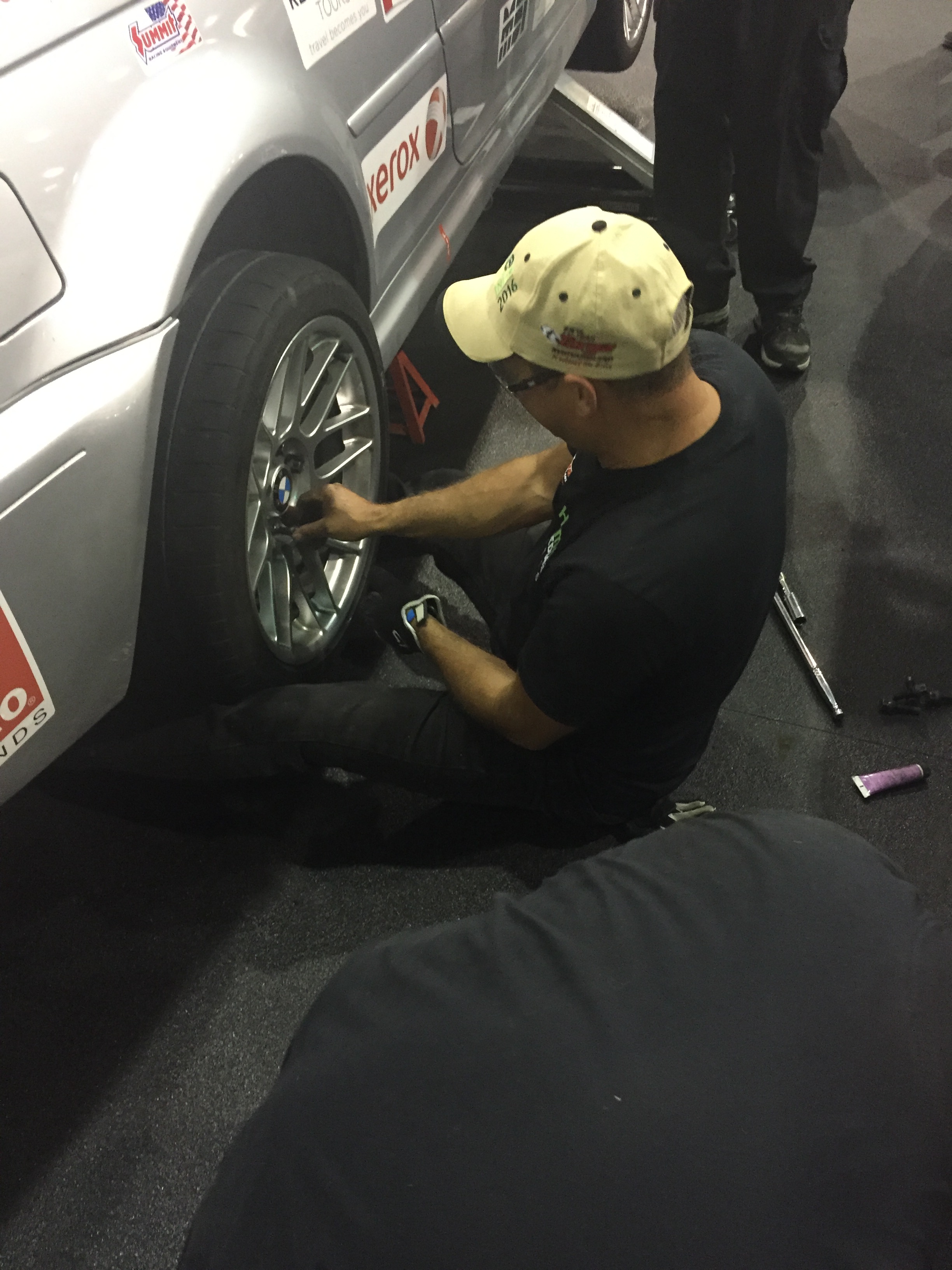 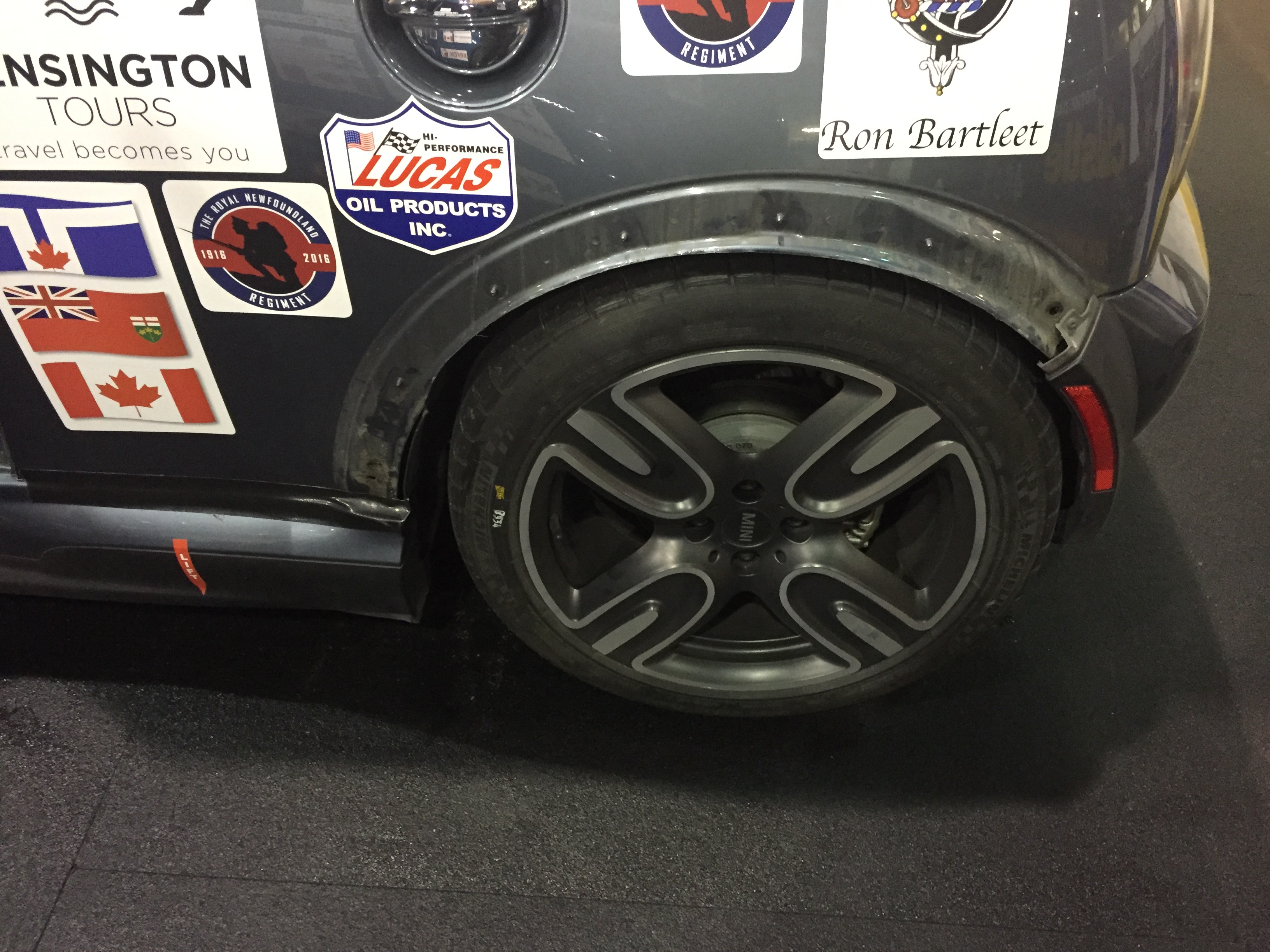 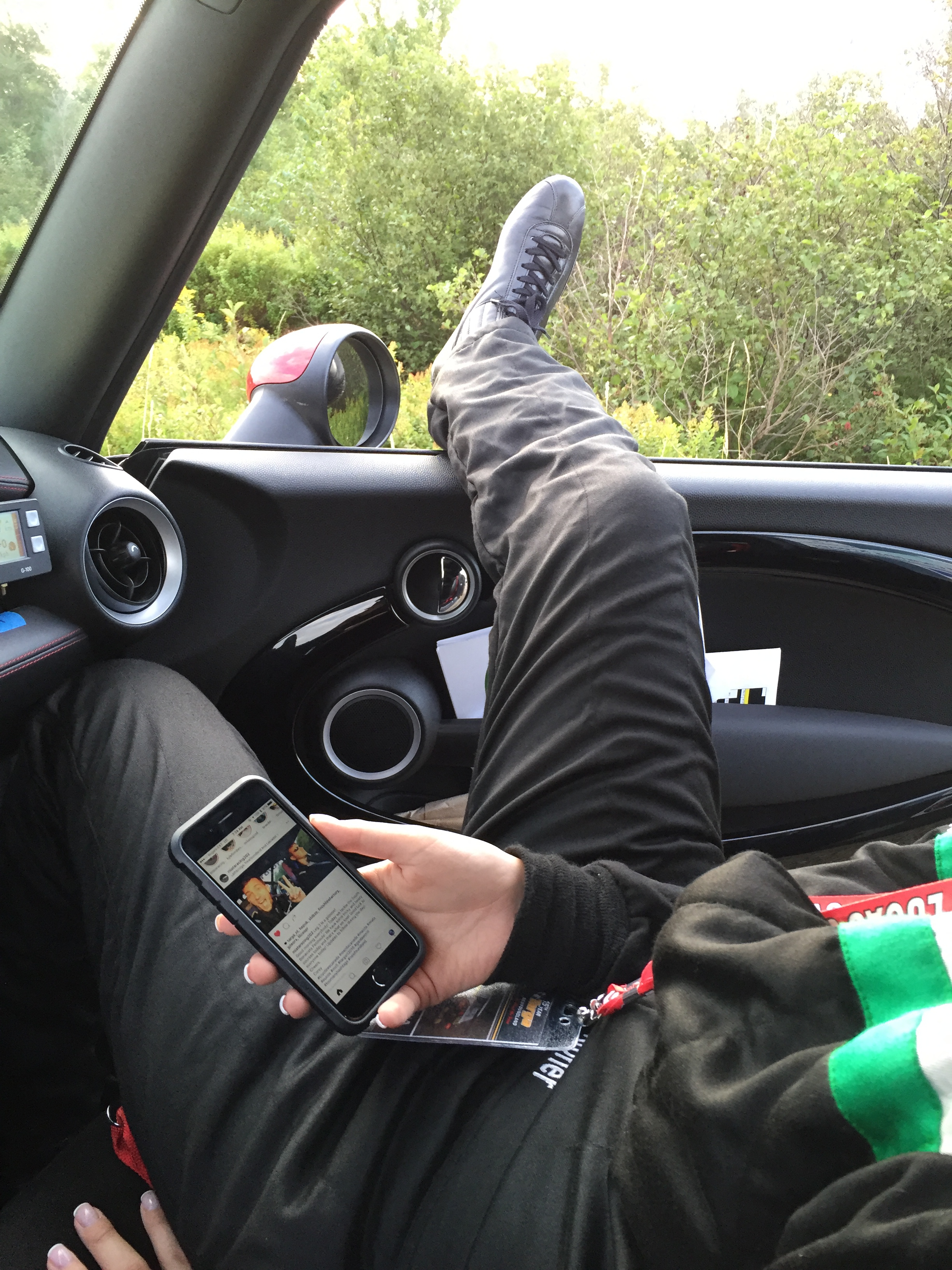