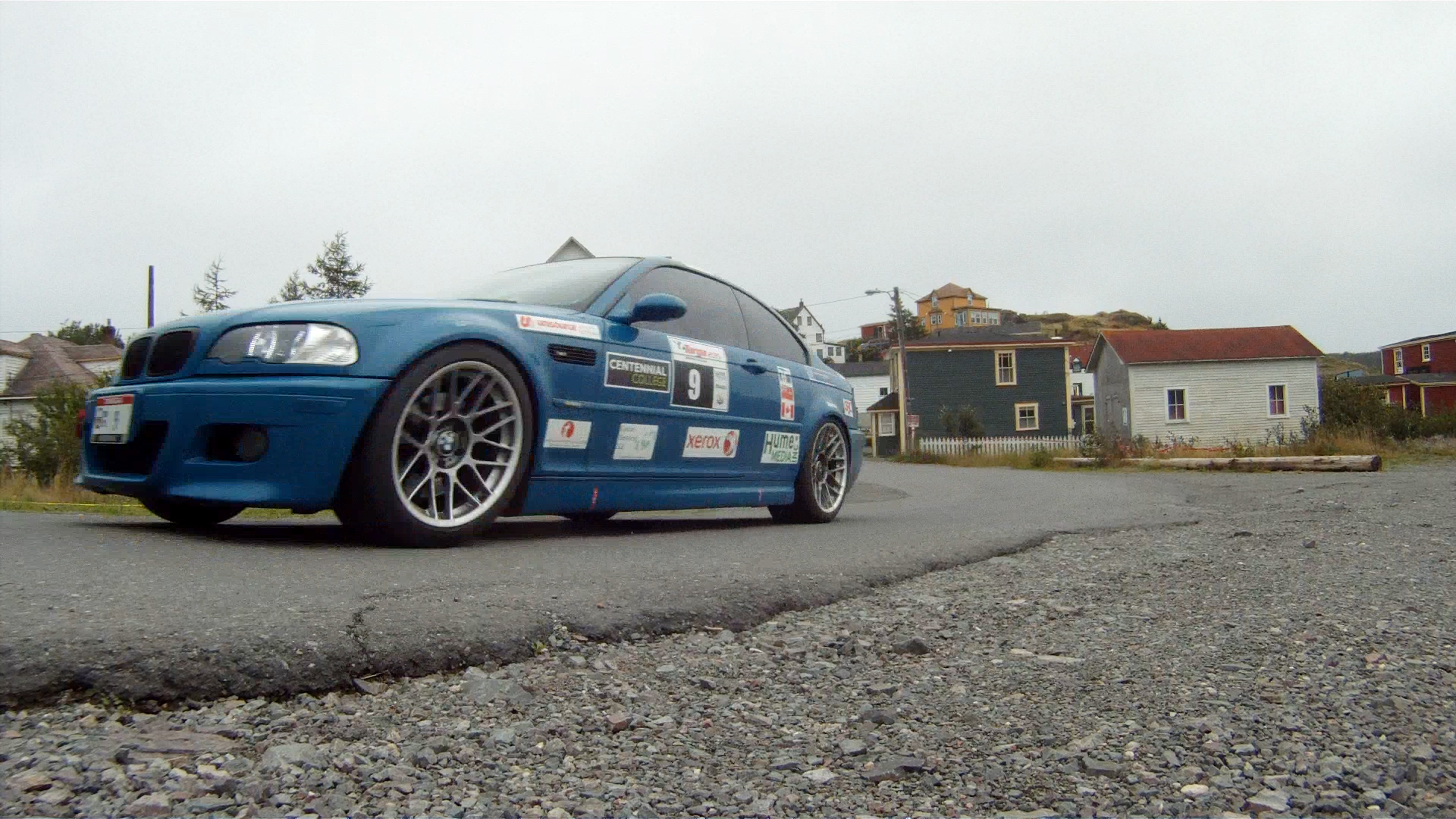 Rain, rain, rain, rain, and today add to that….
Wind, wind, wind ,wind – 50 kph with gusts up to 65 kph….
Add to that a temperature drop from 18 C to 10 C……
And you have our rally weather today….
Lots of excitement on the roads too. Norm and Christina in MINI #1334 were victimized by the wind, in that the yellow tape was ripped from its post and was flying across the road in front if them. They thought it was a no go zone, so promptly turned around and drove back into oncoming rally traffic, just averting a head on collision. They did get turned around but lost mega penalty seconds while doing so. The front runners in GT class in Trinity Simon  and Steward in their VW a Golf #1006 decided to show boat to the crowd and tried an E brake turn on a hairpin up hill,  only Simon missed the turn and drove straight into some rocks. Car OK, Ego dead!
Ron and myself in # 333 are now leading the modern division from …..Behind, yes we are wiping up the rear. It can only get better for us. We hit hard on one long fast straightaway and managed to dislodge one of our head light lenses. Garrett and Alex will make it right tonight however. John Jr and Justin in car #9 are fighting for third place in Modern division with Mr. Kenzie in #114 – That Is bound to be a close battle.
Finally Craig and Nicole in MINI #1333 are fighting for a third or better position in GT E class. Unfortunately not all scores are uploaded yet, so we will not know until tomorrow where everyone stands. Except Ron and I, we are definitely wiping up….and leading from behind…

Anyway, we are all in good spirits and having a blast. If only the freaking rain would just quit already even!
All for now from the Chinese water torture chamber……Otherwise known as Newfoundland….